Who’s the good Japanese YouTubers who can speak English?

If you have these questions, you just got to the right place.

In this article, I’m going to introduce you to most of the popular Japanese YouTubers who speak English or YouTube channels about Japan.

Jun is pure Japanese but he speaks perfect English and has amazing cooking skill.

He also has his another YouTube channel “Rachel and Jun”.

His content is to interview people in Japan on the street, focusing on Japanese dating life and issues from foreigners who live in Japan.

He sometimes speaks in front of a camera and says his solid opinion about any trending topics.

His concept is similar to Yuta, but his opinion videos are more aggressive.

This video “My Apologies to Black People” is an apology video that was published after getting a lot of criticizing by publishing the video about his opinion on black people in the US.

Although he sounds a bit stereotype, I really respect his honesty and courage because he talks about the topics which no one really talks about on TV show or YouTube nowadays.

He constantly produces high-quality videos to teach how to travel in Japan.

I would definitely recommend you watch his videos such as “Top 10 Things to DO in SHIBUYA Tokyo” if you have a plan to visit Japan because his video is detailed and easy to understand.

The topics are similar to Paul but he talks a lot in his videos.

Definitely the best channel to follow if you learn Japanese.

They teach Japanese in the Japanese language so it might be for an advanced level.

Their contents are fo focusing on JLPT(Japanese Language Proficiency Test) and my friend said the videos are much better than Japanese classes from a language school.

It has 2.33M subscribers and it’s one of the most popular channels in Japan.

A lot of people wonder why this channel is so popular but the topics are very interesting and consistent.

it’s a couple’s vlog from Jun Japan and Rachel from USA.

One of the top YouTubers in Japan.

I don’t know if I can call this channel vLog but she pitches really useful information with her travel experience.

She’s Australian who lives in Japan, working in Tokyo Disney Land(I could be wrong) as a performer.

If you know any other good YouTubers who talk about Japan, please let me know!

The Most Popular Japanese Blogg…

How to Target Multiple Keywords… 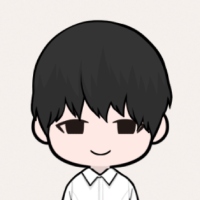 Hi! I am an Japanese SEO/Digital Marketing Expert from Tokyo, Japan. I have experience in Website Business for 10 years. Feel free to leave your comment or contact me!